Last summer’s search for Roebling bridges (see Market St, Steubenville and Wheeling Suspension Bridge) came to a successful end as a golden sunset spread over Cincinnati.  The reason we struck out earlier in the day is that the Cincinnati-Covington Bridge is one of the two remaining Roebling suspension bridges.  The other is, of course, his most famous bridge: the Brooklyn Bridge.  The first of Roebling’s five suspension bridges was built in Pittsburgh at the site of the current Smithfield Street Bridge, but lasted less than 40 years before the increased river and road traffic made it obsolete. 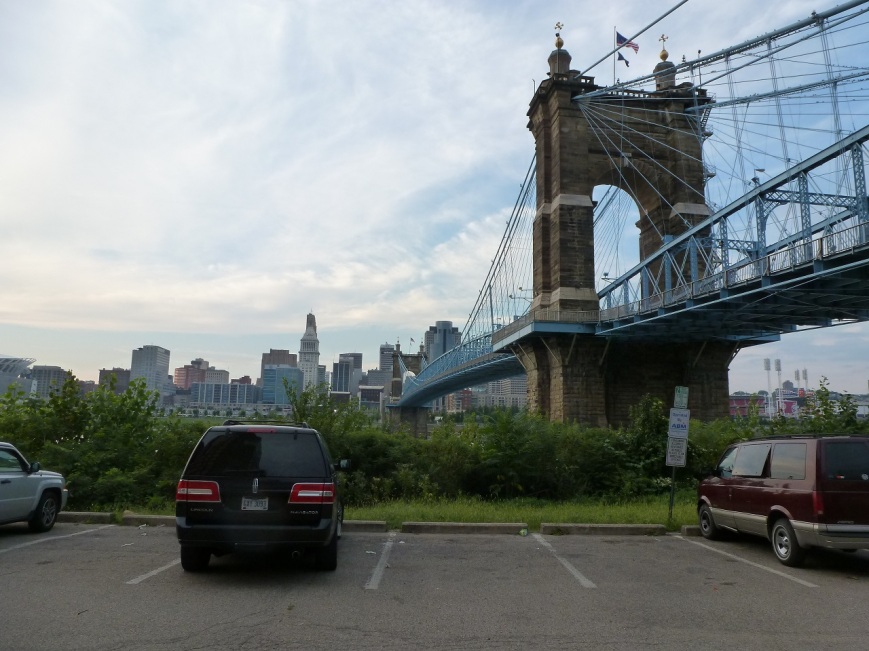 Between Roebling’s two remaining bridges, I found the Cincinnati bridge more appealing.  Its character feels like it would fit right in on the Thames in London.  I also appreciated the engaging green spaces at either end.  The birds liked this bridge, too. 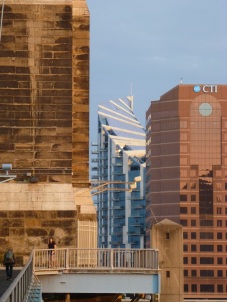 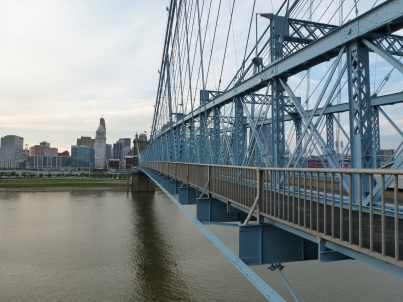 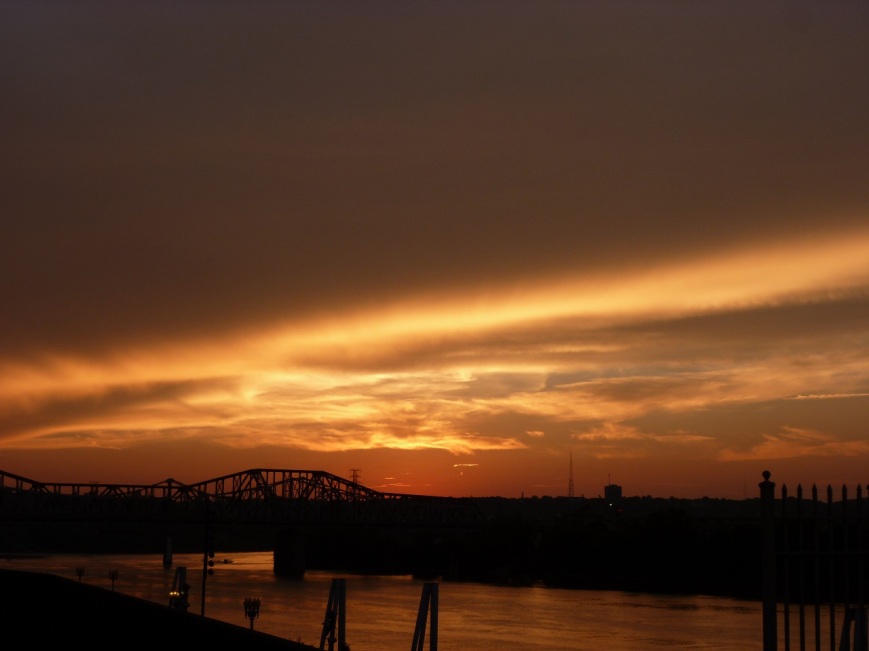 Sunset from the Roebling Bridge