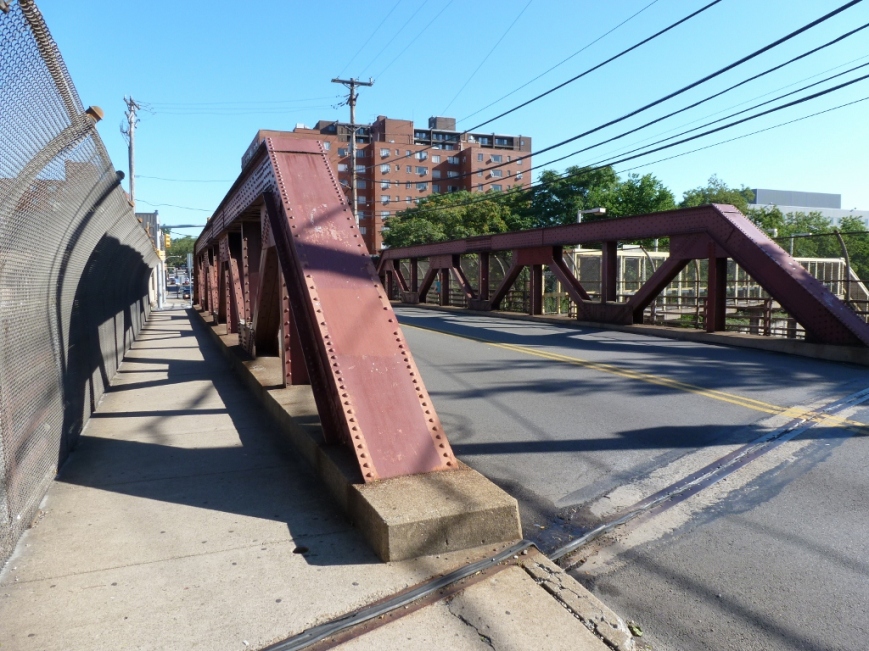 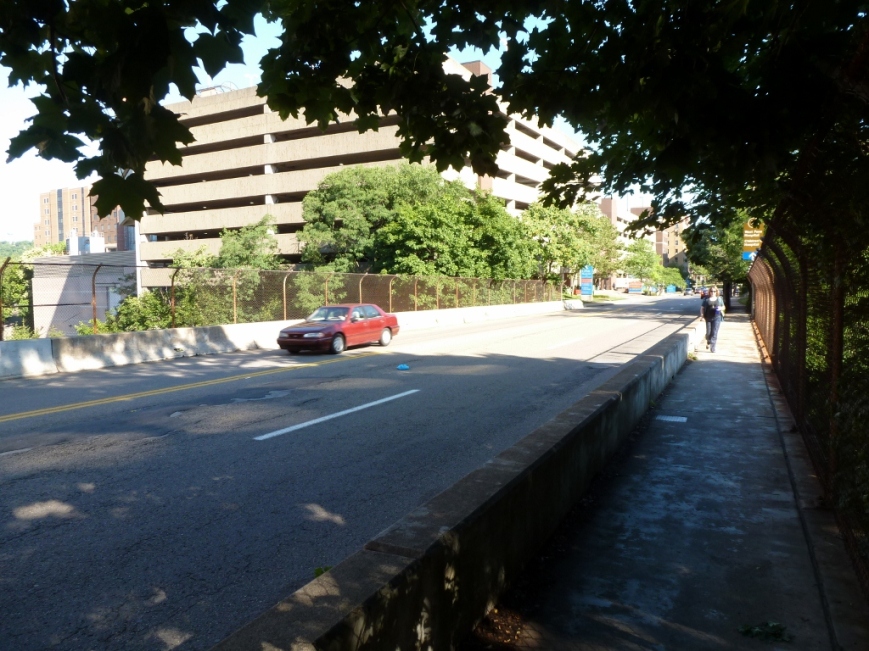 The Negley Avenue and Aiken Avenue bridges connect the sections of Pittsburgh’s Shadyside neighborhood divided by the busway.  Both were originally built in the 1920s and renovated in the 1970s.  There were at least two previous bridges at Aiken (see 1909 and 1924 photos).  I did not find any images of an earlier bridge on Negley, but there are images of the bridge from 1924 (the year it was built) and from 1965.

Today, these bridges share the feature of the mesh fence protecting the pedestrians from the edge.  The width of the sidewalk on the Aiken Bridge is wide enough to reduce any feelings of being caged in, but on the Negley bridge, the metal girder on one side and the fence on the other enhance the caged feeling for pedestrians. 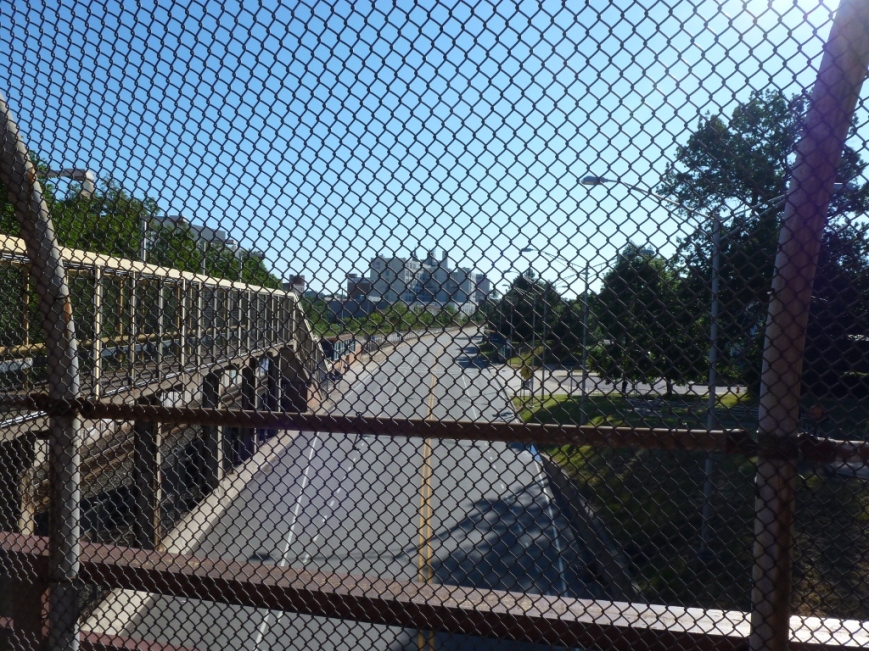 These bridges are two blocks apart, but because the busway curves they are not visible to each other.  Both do see the Graham Street pedestrian bridge (see post). 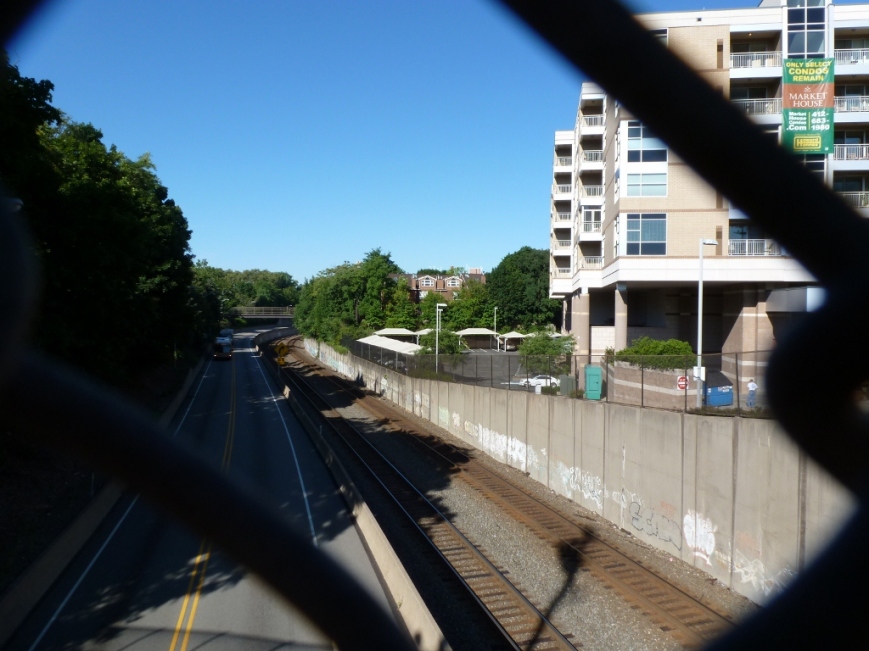 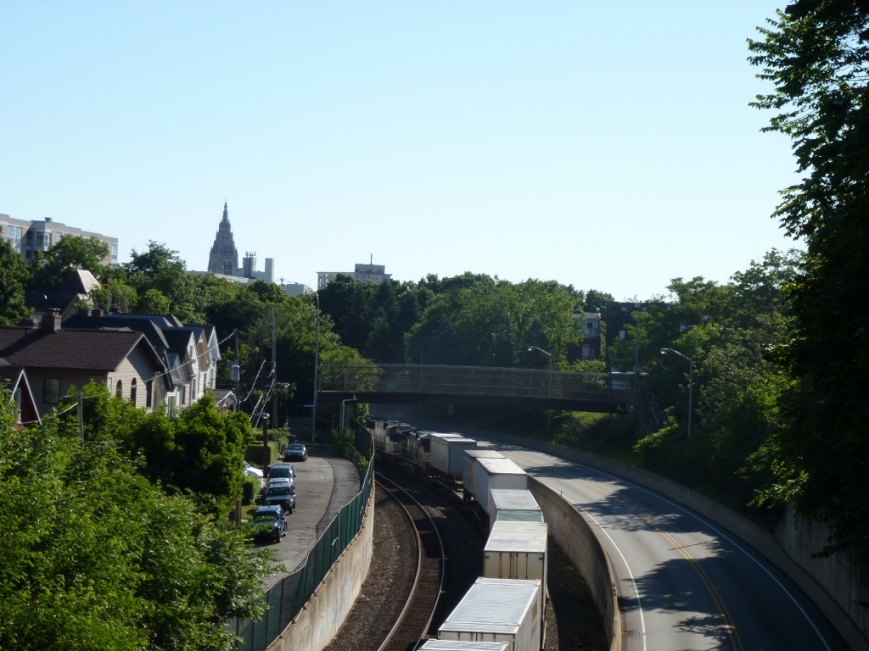 This space between the Negley and Aiken bridges is mostly residential.  Next to the Negley Bridge is a condo complex while single family homes line the busway near Aiken Avenue.  On the other sides of the bridges, the area turns more industrial.  The industrial area east of Negley is denser than that west of Aiken. 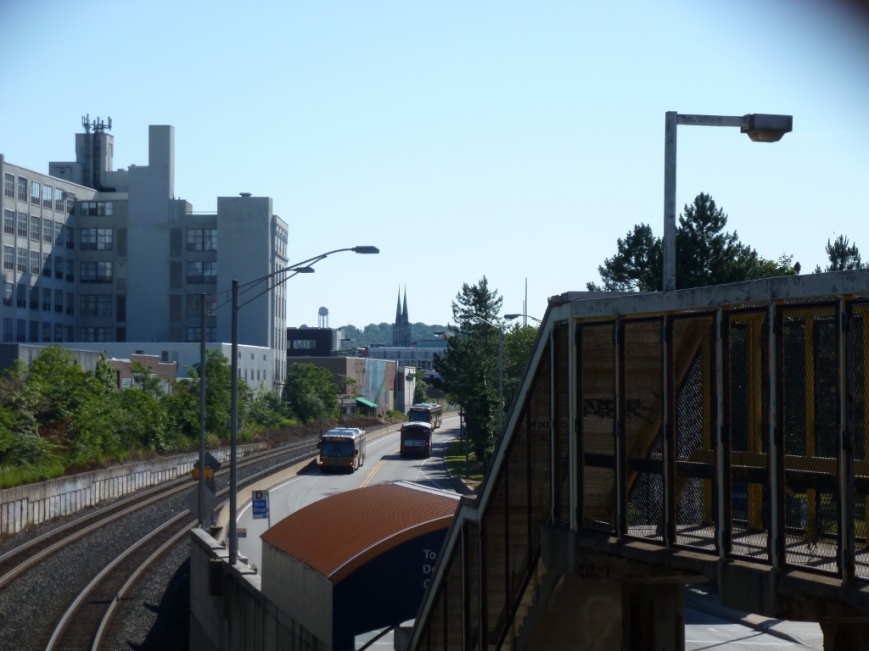 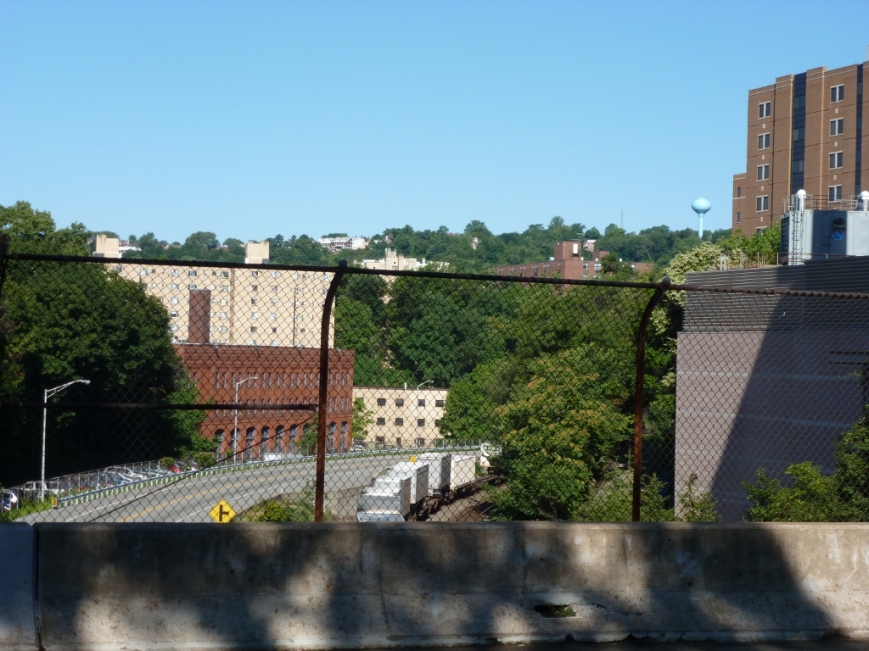