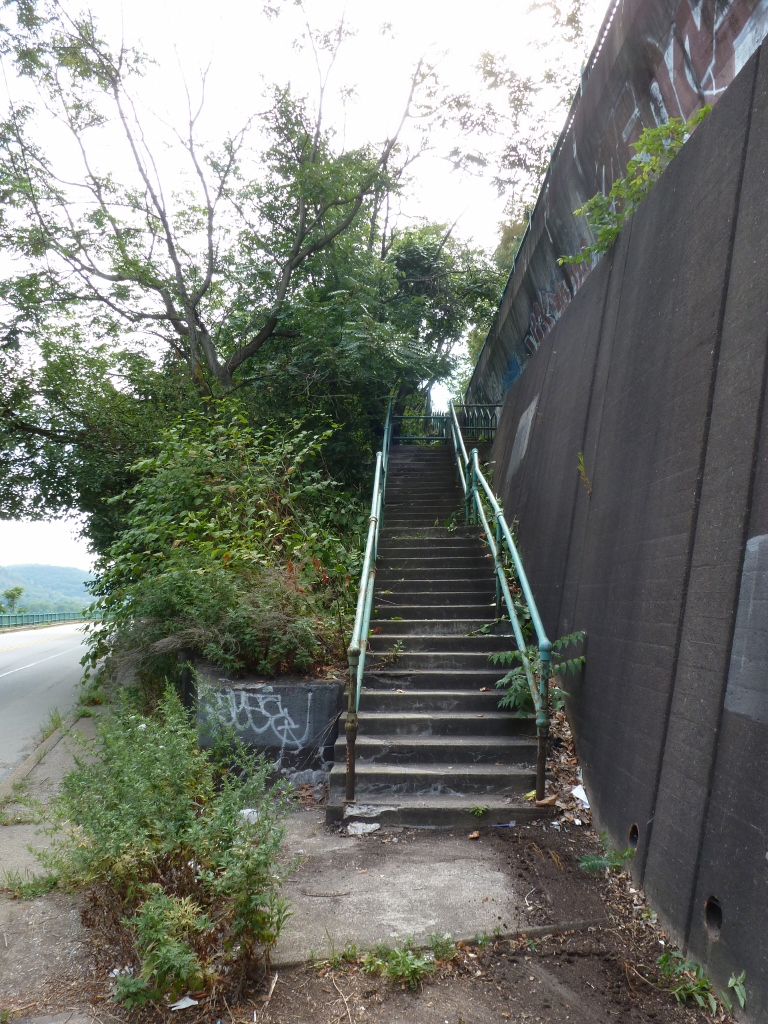 According to an article in today’s Post-Gazette, not only does Pittsburgh have more bridges than any other city, but it also has more steps (at least compared to US cities).  Pittsburgh has 712 flights of steps, while San Francisco only has 168.  After I walk all 446 of Pittsburgh’s bridges (at least all of them that are pedestrian accessible), perhaps my next goal should be to walk all of the steps.  I have considered doing this in the past, but have hesitated because of the condition of some of the steps.  The one pictured above is in good condition, but more often than not the steps are over grown, cracked, perhaps missing a step or two, and the railings are rusted and look like they’ll crumble to the touch.  The steps were frequently used in the past by mill workers who lived up or over the hill from the mill, but since cars became more common and the mills closed, they mostly sit vacant.  As there isn’t much demand for them, it is understandable that the city doesn’t spend the few dollars it has on their maintenance.  All the same it is a shame to see them deteriorate.

However, that may all be about to change!  Today’s article is about a group of young people who created an organization, Community Steps Cooperative to clean the steps and make them safe.  An eventual goal is to make them attractive destinations a side-effect of which may be that they rival San Francisco’s steps.  I am very excited to see a group take initiative on this and I hope to be able to participate in some of the volunteer events to help clean the steps!

One thought on “Pittsburgh Steps”