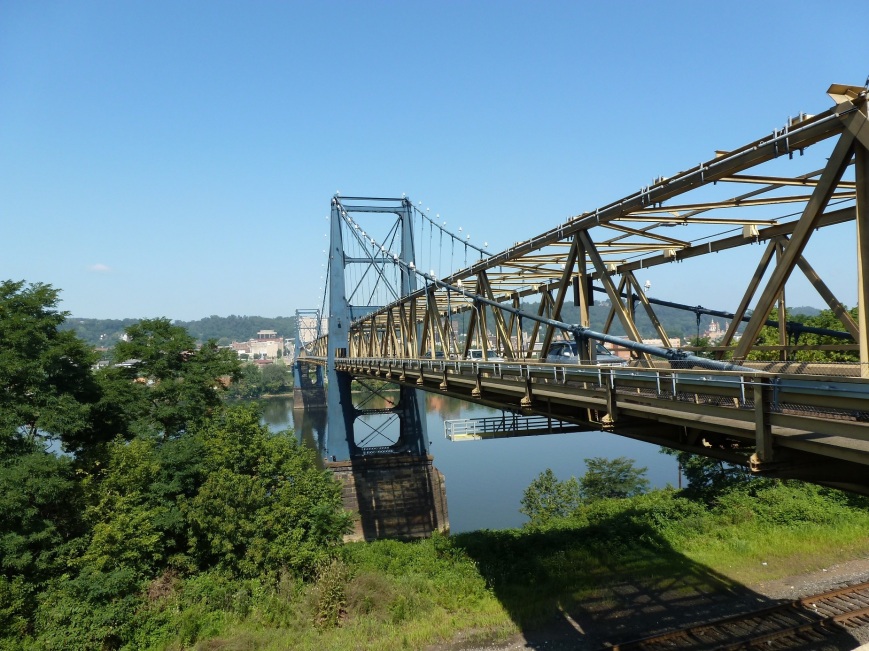 On a road trip this summer, one of the goals was to search out and walk interesting bridges.  The first bridge we stopped at was an unplanned eye-catcher.  We went to Steubenville in order to drive across the iconic Veteran’s Memorial Bridge.  Heading south from that bridge, our eyes were caught by this one.  So we took an unscheduled stop to walk across.

This is the Market Street Bridge in Steubenville, OH.  The best part about this bridge was that it marked the first time I walked across a state line by bridge. 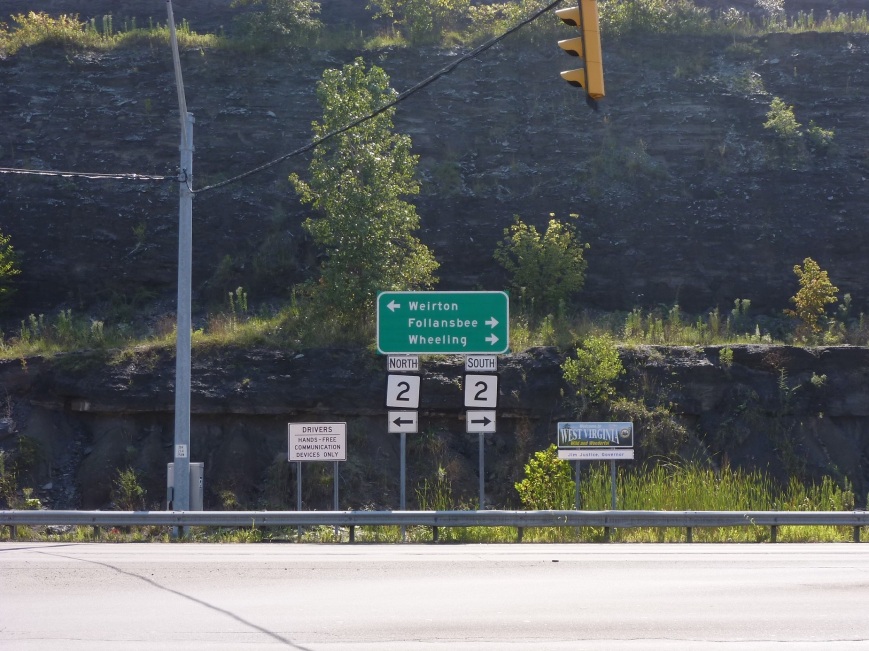 The other thing that fascinated me while walking this bridge was the uses on along the river.  On the West Virginia side, it was all wilderness at the end of the bridge, but further downriver an active mill could be seen. 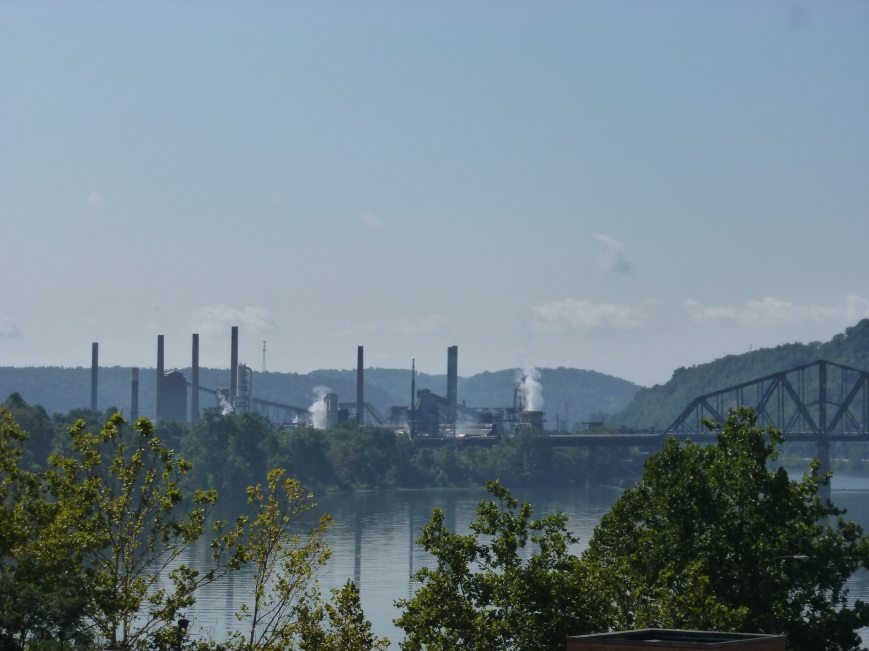 On the Ohio side, the feature river-side uses were the sewage treatment plant and the jail. 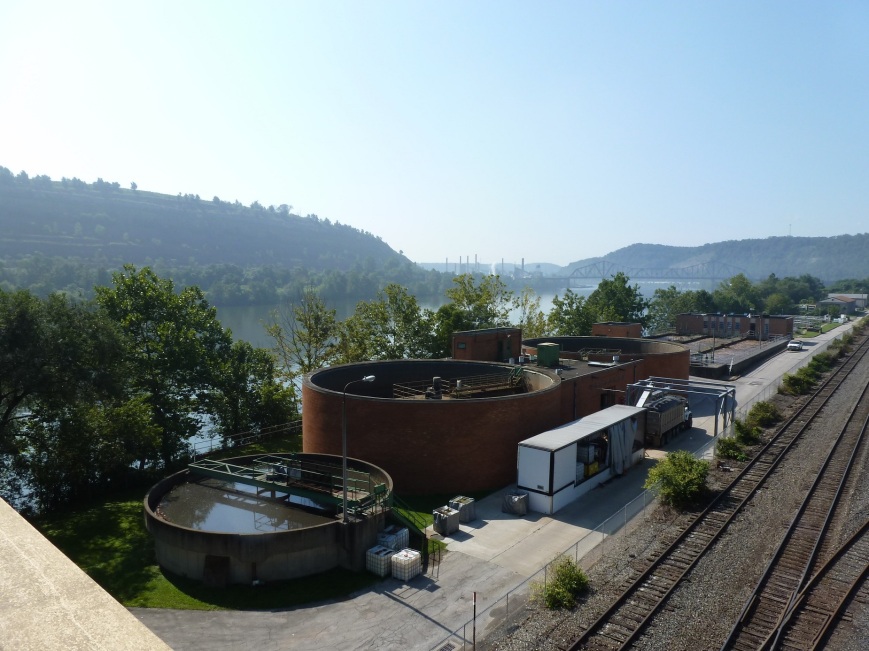 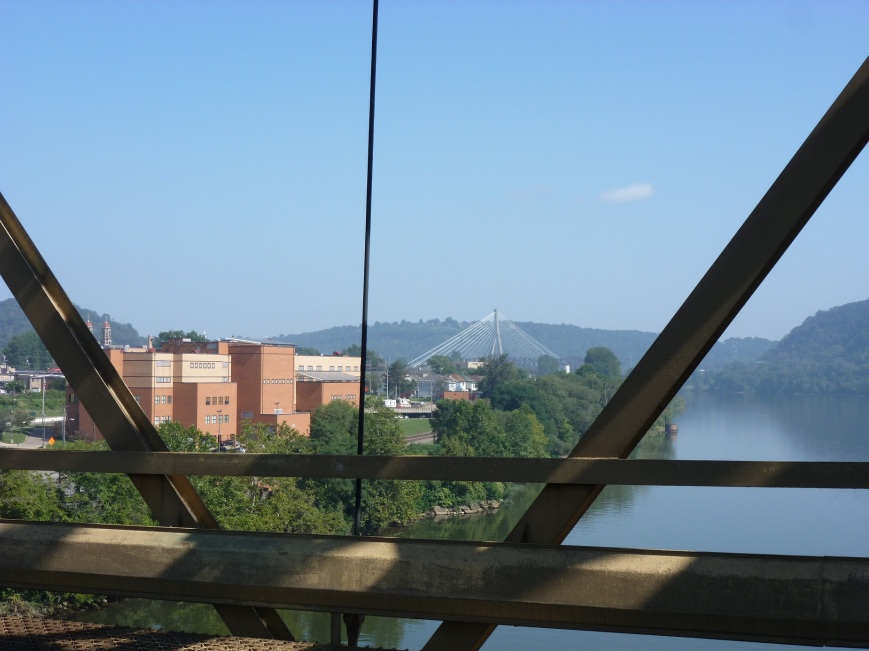 The innocent looking brick building is the Jefferson County Justice Center and Jail.  While I can image the sewage plant was probably a long standing use on the river side, the jail appears to be of more recent construction.  After a short internet search, I wasn’t able to find the date of construction of this building, but did find out that this was the third jail.  The second jail was built around 1950 and converted to offices when this building was constructed.  If I were to hazard a guess, I would say this third jail was probably built around the time that the Allegheny County Jail was built on riverside property in the Pittsburgh, PA.  That jail opened in 1995.

I find it fascinating that riverfront property has been used more than once to locate a jail.  Historically, industry settled along the rivers because that was either its main transportation or power source.  Recently, cities have been taking strides to reclaim their riverfront properties as economic boosters in the form of parks and entertainment venues or housing.  In both these scenarios, the uses are placed on the rivers due to the greater economic benefit to be gained from the interaction between the use and the river.  Placing a jail on a river seems contradictory to the view of rivers as the heart of a city’s economy (previously industrially based, now tourist based).

However, the rivers may confer a benefit of another sort to the use of the property as a jail.  When I was recently confined to a hospital room for a week, the sight of the small sliver of river that I could see from my window went a long way toward helping me stay sane.  It also prompted some more contemplation about the siting of hospitals in a way I had never considered before.  The view I had of the river was beyond a sea of parking associated with the hospital and partially blocked by the buildings for a water treatment facility.  There was little of interest to see in the immediate vicinity.  I hope that in the case of the jails, the river view windows are for rooms and the non-river view windows are for offices and/or back-of-house operations.